Ingeborg Hochmair-Desoyer’s groundbreaking research led to the development of the world’s first microelectronic and multi-channel cochlear implant (CI). This technology enables children who were born with a profound hearing loss to hear and thus develop spoken language. It also allows adults who lost their hearing later in life to hear again. The cochlear implant is thus far the only product able to replace a natural human sense.

Uppsala University’s Faculty of Medicine is now naming Ingeborg Hochmair-Desoyer as an honorary doctor – a title awarded to individuals who make outstanding contributions to science or who otherwise help to promote research at the university. 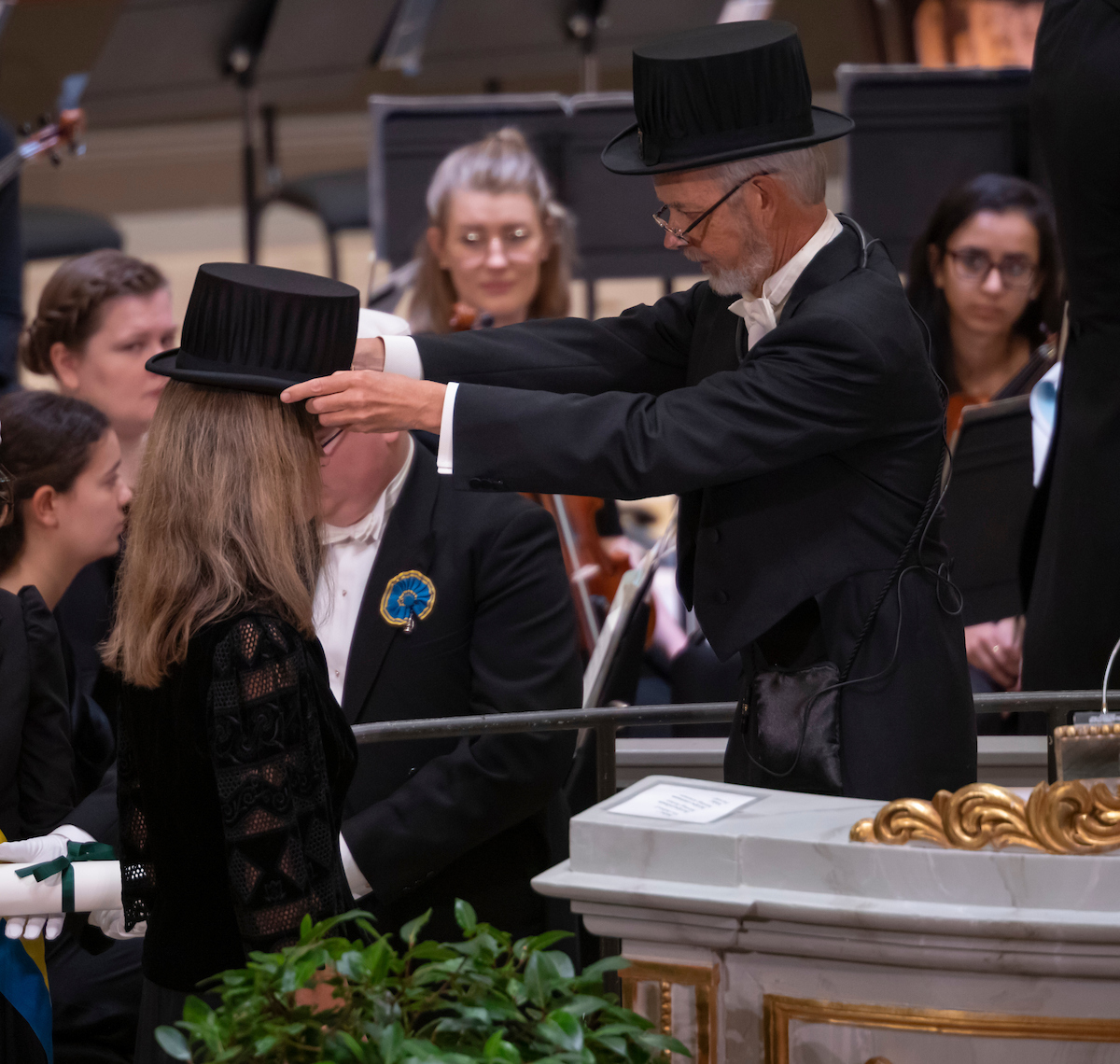 “I am hugely honoured to be named an honorary doctor by Uppsala University’s Faculty of Medicine. Working with clinics and universities has always been very important to us. MED-EL developed from research that my husband and I pursued during our years at university,” says Ingeborg Hochmair-Desoyer.

A conferment ceremony for the new honorary doctorates has been held at University Hall in Uppsala on Friday 31 January 2020. 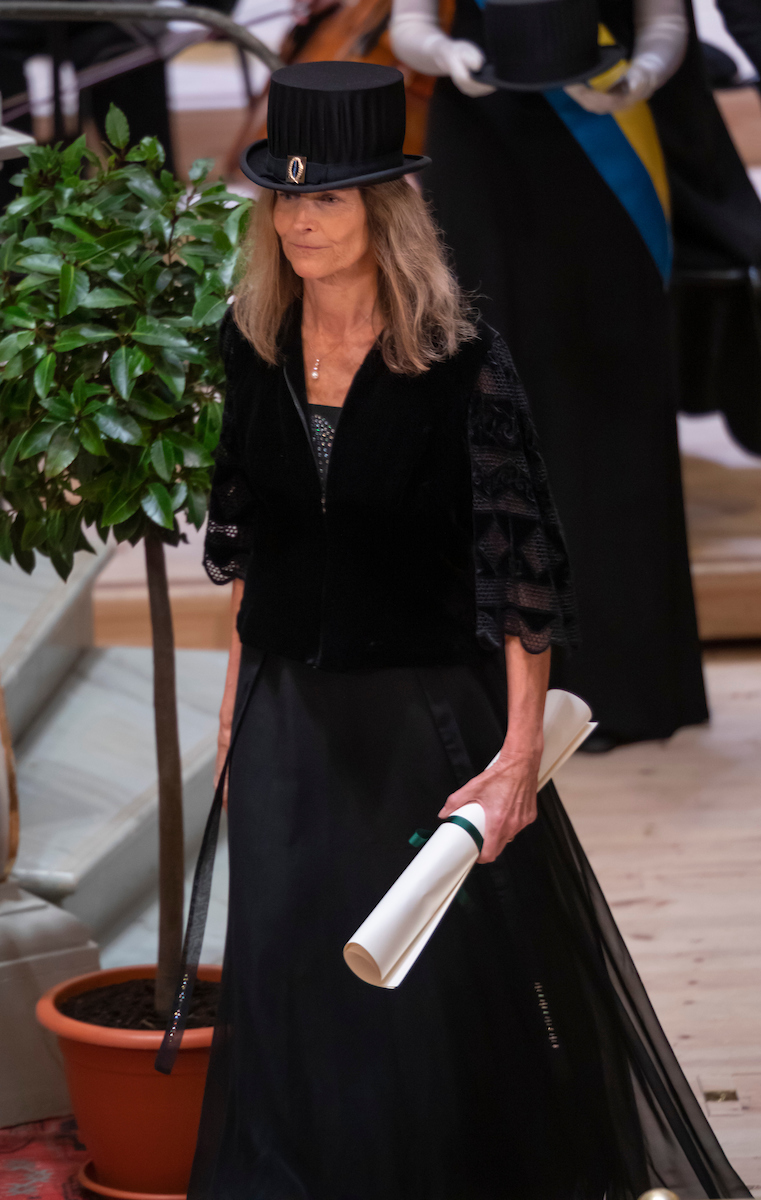 Ingeborg Hochmair-Desoyer’s research has changed the lives of thousands of people who have been able to hear thanks to the development of the cochlear implant. She is one of the world’s leading researchers within this area and together with her husband she developed the first ever microelectronic, multi-channel cochlear implant in the world, which was first successfully implanted in 1977. From 1990 onwards, she has worked with her husband to develop and operate MED-EL in Innsbruck, Austria. Ingeborg Hochmair-Desoyer runs MED-EL with a firm focus on research and development, supporting successful investigations within the field of hearing all over the world.

MED-EL is a world-leading supplier of hearing implants and offers a broad range of implantable and non-implantable solutions for the treatment of different kinds of hearing losses. Some of its most notable innovations include:

SONNET 2 – an audio processor with wireless controls that actively adapts itself to different environments so that the user does not need to manually adjust settings or change programme.

RONDO 2 – the world’s first ever audio processor for the cochlear implant with an integrated lithium battery and wireless charging. The processor offers 18 hours of battery life after four hours of charging which means that users can place RONDO 2 on the charge pad when they go to bed and wake up to an entire day of hearing.

ADHEAR – a Swedish invention and the first in the world of its kind, this is a solution for people with impaired hearing who do not want to undergo surgery. This small device is affixed behind the ear by a specially developed adhesive adapter and uses bone conduction to transmit sound directly into the inner ear.

MED-EL Medical Electronics, a leader in implantable hearing solutions, is driven by a mission to overcome hearing loss as a barrier to communication. The Austrian-based, privately owned business was co-founded by industry pioneers Ingeborg and Erwin Hochmair, whose ground-breaking research led to the development of the world’s first micro-electronic multi-channel cochlear implant (CI), which was successfully implanted in 1977 and was the basis for what is known as the modern CI today. This laid the foundation for the successful growth of the company in 1990, when they hired their first employees. To date, MED-EL has grown to more than 2,200 employees from around 75 nations and has 30 locations worldwide.

The company offers the widest range of implantable and non-implantable solutions to treat all types of hearing loss, enabling people in 124 countries enjoy the gift of hearing with the help of a MED-EL device. MED-EL’s hearing solutions include cochlear and middle ear implant systems, a combined Electric Acoustic Stimulation hearing implant system, auditory brainstem implants as well as surgical and non-surgical bone conduction devices. www.medel.com

Back to Press Room

The content on this website is for general informational purposes only and should not be taken as medical advice. Please contact your doctor or hearing specialist to learn what type of hearing solution is suitable for your specific needs. Not all products, features, or indications shown are available in all areas.